The history of the Sailors’ Union of the Pacific is as rich as its possibilities. It begins long before the lumber pile on Folsom Street Wharf in 1885. It starts with the Phoenicians, the Vikings, and the Laws of Oleron. The Union’s past is important because it is alive in the present. Marx said that ‘History does nothing, possesses no enormous wealth, fights no battles. It is rather man, the real, living man, who does everything, possesses, fights. It is not History, as if she were a person apart, who uses men as a means to work out her purposes, but history itself is nothing but the activity of men pursuing their purposes.’ So this history is the activity of sailors pursuing a purpose not limited to their own miserable wages, or to one brutal ship in a brutal age, but for all sailors in the ships of every age. The founders of the Sailors’ Union of the Pacific pursued the purpose of an all-inclusive Brotherhood of the Sea, those that followed believed enough to bleed for it, and those that come will make it a reality.

Chapter I - The Lookout of the Labor Movement (PDF - 124k)
On a cold and foggy night in early March of 1885, a group of sailors gathered on a lumber pile on Folsom Street Wharf in San Francisco. Angered by bad food aboard ship, brutal and sadistic punishments, legal servitude, and another wage cut, three hundred men took the first step towards permanently changing the seagoing world. This chapter explores the important ethnic, cultural and geographic elements unique to the Pacific Coast in the late 19th century, as well as describing in detail the oppressive legal status accorded to seamen of the age. It examines the pre-cursor organizations of the Coast Seamen’s Union (CSU), and closely describes the events and figures that created the oldest maritime union in continuous existence.

Chapter II - New Horizons (PDF - 124k)
This chapter looks at the Union’s first disastrous strike in 1886 and the idealism that persisted in its wake. Here too is a description of the crimping system and the blood money that supported it, the brutalities of “buckoism,” the foundation of the Union newspaper, The Coast Seamen’s Journal, early legislative victories and the merger facts behind the founding of the Sailors' Union of the Pacific in 1891. The important decision of the Arago case, also known as Dred Scott II, is laid out here for comparison to the 14th Amendment which freed slaves but not seamen. Finally, there arrives on stage, in an 1885 committee was elected to reorganize the finances of the CSU, one Andrew Furuseth. This is the first documented appearance of the man who would very shortly thereafter lead the SUP, form the first seamen’s international union, and through eloquence, persistence and great skill get Congress to pass the Seaman’s Act of 1915 and so become known as the emancipator of the world’s seamen.

Chapter III - Storm Birds (PDF - 32k)
At the turn of the century the Sailors’ Union having had some success began to form coalitions with other workers such as the marine firemen, the longshoremen, lumbermen, etc and created the first maritime federation called the “City Front Federation,” in San Francisco. This led to the blood strike of 1901, which ended in a draw but had important consequences for the Union and the industry. This chapter also covers the machinations behind the passage of the Seaman’s Act, the specifics of the Act itself and the subversion of it that followed.

Chapters IV / V - Twilight of Freedom Parts I and II (PDF - 235k)
In the period after the passage of the Seamen’s Act the SUP and the ISU would experience explosive growth and improvements. It would not last long. With the American involvement in the First World War, things would begin to change for seamen. The full, catastrophic effect would not be felt until 1921, three years after the war had ended. This chapter looks at the decline of the ISU, the influence of the IWW, and the battles with shipowners, Shipping Commissioners, Communists. Part II explores the continued deterioration of wages and conditions in the 1920’s, the re-appearance of the “fink hall” and the “fink book,” and renewed oppression aboard ship. With the onset of the Great Depression and the election of Roosevelt in 1932, the stage was set for the greatest strike in the history of maritime labor.

Chapters VI / VII - Year of Rebirth Parts I and II - Complete Text (PDF - 78k)
In 1934, the Sailors’ Union of the Pacific was at the vanguard of a strike that would announce to the world that working people in America had broken out and taken a new road. The Big Strike changed everything, not the least of which were a set of legal reforms that still define and condition the role of labor today. This chapter explores the origins of the strike, the first days in various ports, and the emergence of the incomparable Harry Lundeberg. Part II recounts the operatic unfolding of the day-by-day street fighting including the climatic Bloody Thursday. In the end, the sailors made a funeral pyre for the hated fink book, and as they burned one commented: “We have a real fighting membership now, and thousands of men who have a little taste of unionism will no doubt line up later. We have forced the U.S. government to realize that Seamen are human beings.”

Chapter VIII - Rebel Workers, 1935-1950 (PDF - 84k)
In the aftermath of the Big Strike it became clear that 1934 was only the beginning, catalytic event. The Maritime Federation of the Pacific, under the slogan “an injury to one is an injury to all,” briefly united the West Coast maritime unions into a powerful coalition. A series of job actions and victories cemented gains from 1934 and established unionism as a movement of lasting effect. Despite great turbulence between the SUP and the ISU and the eventual dissolution of the ISU, a second “big strike” in 1936-37 continued the sailors’ efforts to gain control of the hiring process via hiring halls. The struggle between the AFL and the CIO marks this period, and the SUP was at the center of the conflict. In 1941 the nation was plunged into war and the Union responded with all of its resources, including the ultimate sacrifice. Except for the Marines, merchant seamen had a higher casualty rate than any other service in WWII.

Chapter IX -The Fight Goes On (PDF - 38k)
The final chapter of this abridged SUP history deals first with the legacy of Harry Lundeberg and his single-minded efforts to improve the lives of sailors. He fought against the rotten flag-of-convenience system as it appeared in its infancy; and against all odds, claimed several important victories. He firmly established the hiring hall without employer interference, set up the first seamen’s pension plan and the first welfare plan, and fought against countless legislative attempts to weaken the American Merchant Marine. Lundeberg’s sudden death in January of 1957, like his life, greatly altered the landscape of maritime labor. This chapter also examines the roles of Lundeberg’s successors, Morris Weisberger and Paul Dempster. Despite the turbulent 70’s and 80’s, the Union emerged in its third century of continuous operation with its democratic traditions intact and its dedication to principle more vital than ever before. 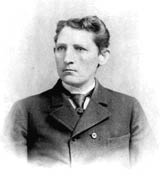 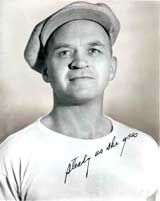 Harry Lundeberg's speech at the dedication of the Marine Cooks and Steward's new building in San Francisco, 1956.

"Carry this Strike Card on your person with your Union Card and show when demanded, and while you have it on you go to no place where you would not show it with pride, and do nothing to put on the Stain of Dishonor. When the strike is over the Secretary will endorse upon this card the fact (if true) that you have assisted in saving the Union. And then when sailors are free enough to (word illegible) to marry and have children this will be your certificate of honor to them.

This strike was ordered to SAVE THE UNION, to enforce your rights as free men, as Americans, as haters of slavery. Never give it up until ordered by the Union. Never yield a single inch. Remember that BUCHANAN of Colorado called you the 'Lookout of the American Labor Movement,' the backbone of organized Labor on the Pacific Coast. Remember your glorious history and die in the streets of San Francisco of starvation before you think of yielding.

And remember that if we have to beg the public of San Francisco for food, then I will be the first man to go from house to house for dry bread to keep life in our bodies while we are fighting for the right of the sailor to resist the bloodmonied infamies of San Francisco."

-Burnette G. Haskell Chairman, Advisory Committee; Instructions on the back of an 1886 strike card.

Ship lists
Lists of every type of ship, when they were built, what class of ship they were, what house flag they sailed under. Liberty ships, Victory ships, APL ships, etc. An invaluable resource.

Chapter I - The Lookout of the Labor Movement

Chapters IV / V - Twilight of Freedom Parts I and II

Chapters VI / VII - Year of Rebirth Parts I and II

Chapter IX -The Fight Goes On