Happy Birthday to the Jones Act!

The Merchant Marine Act of 1920, and its critical Section 27, commonly known as the Jones Act, turns 100 in June of 2020. This venerable law has withstood countless attacks and the test of time.

The Merchant Marine Act of 1920 is a United States federal statute that provides for the promotion and maintenance of the American merchant marine. Among other purposes, the law regulates maritime commerce in U.S. waters and between U.S. ports. Section 27 of the Merchant Marine Act is known as the Jones Act and deals with cabotage and requires that all goods transported by water between U.S. ports be carried on U.S.-flag ships, constructed in the United States, owned by U.S. citizens, and crewed by U.S. citizens and U.S. permanent residents. The act was introduced by Senator Wesley Jones. The law also defines certain seaman's rights. 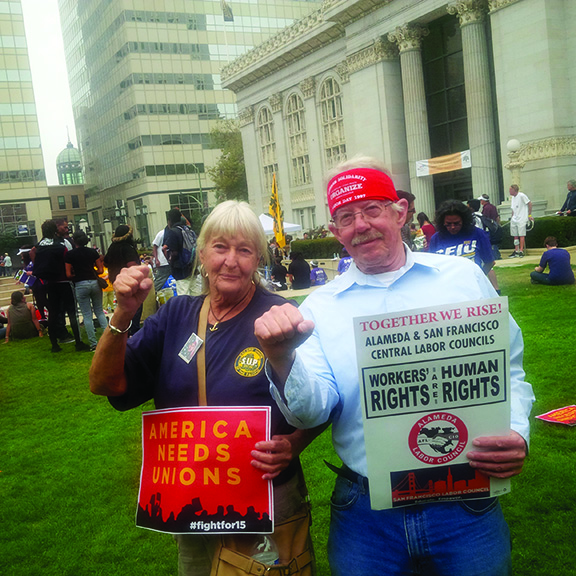 The SUP is a founding member of the Martime Trades Department of the AFL-CIO. It is one of only a few coalitions within the one of the largest federations of Unions in the world, known as the AFL-CIO.

The MTD supports maritime workers across a broad range of issues and has dones so for a very long time. The MTD and the labor movement in general have strongly supported of the Jones Act. Here is the official position:

"Despite its nearly century-long record of success, the Jones Act – America’s freight cabotage law – continues to be targeted by detractors as a measure that needs either to be weakened or altogether eliminated.

Cabotage laws have been the norm since the early days of our nation. The first Congress of the United States in 1789 restricted registration for coastal trades and fisheries to U.S.-built and U.S.-owned vessels and gave these vessels preferential treatment with respect to tonnage taxes and cargo import duties. Additional cabotage laws designed to fend off foreign operators were legislated during the years between that first cabotage law and the passage of the Jones Act over a century later.

Enacted in 1920 in response to America’s lack of preparedness for World War I, the Jones Act requires that cargo moving between U.S. domestic ports be carried on vessels that are crewed, built, owned and flagged American. It calls for providing the nation with a merchant marine that can transport goods between U.S. ports, increase national security during war times, and support a U.S. maritime industry. The measure’s sponsor, Senator Wesley Jones of Washington, declared, “Nations are not free that depend on foreign fleets to carry their products and bring them their supplies.”

Since its inception, the Jones Act has always enjoyed widespread support. Among its backers are legislators from both sides of the aisle; U.S. military leaders; non-partisan, non-profit think tanks; a number of well-respected journalists; published researchers; and every White House no matter the party. Without exception, Jones Act supporters concur that the law is critical to the national, economic and homeland security needs of the United States; its value has been proven time and again.

According to the American Maritime Partnership coalition, whose member organizations include MTD affiliates, the measure since its origin has:

Regardless of its merit, the Jones Act regularly comes under fire from those who either truly don’t understand it or whose agendas don’t include preserving the U.S. Merchant Marine.

A notable example occurred in 2010 during the aftermath of the Deepwater Horizon disaster. On that occasion, the Jones Act and the Obama Administration were targets of drastically inaccurate criticism by some media outlets and elected representatives who falsely claimed that the Jones Act was impeding cleanup operations following the fatal explosion, which also resulted in a cataclysmic oil spill.

The administration and then-national incident response commander, U.S. Coast Guard Admiral Thad Allen, refuted those false claims, and the official government report on the spill response later confirmed that the Jones Act in no way slowed the cleanup. The facts are that the Jones Act did not apply where the spill occurred (50 miles from the U.S.), and foreign-flag assistance was utilized (along with U.S.-flag tonnage) essentially from the start. Further, the administration quickly set up an expedited Jones Act-waiver process in case any were needed for related operations closer to shore.

More recently, critics wrongly claimed the Jones Act hampered relief efforts in Puerto Rico in the wake of Hurricane Maria. Even though nothing could have been further from the truth, Jones Act opponents used their flawed accusations as a foundation to call for weakening or eliminating the law. It was of little consequence to them that the backdrop for their claims showed stacks and stacks of containers delivered to the Port of San Juan by U.S.-flag vessels. They willingly neglected the fact that Jones Act ships were offloading in Puerto Rico within hours after the first port reopened and that these vessels continue to deliver vital cargoes even today. They completely overlooked the fact that because of damaged roads and numerous other infrastructure problems, significant portions of the waterborne cargo initially stayed in the ports. They coasted right past the fact that none of these circumstances had anything to do with any maritime law.

For these and other reasons, the MTD, its affiliates and its Port Maritime Councils must remain resolutely committed to doing everything in our power to ensure that the integrity of the Jones Act remains firmly intact.

The MTD once again vows to continue its work with its affiliates, its Port Maritime Councils and grassroots organizations like the American Maritime Partnership to promote and protect the Jones Act in every possible way, including by educating elected officials and the American public about the critical magnitude and irreplaceable value of the Jones Act." 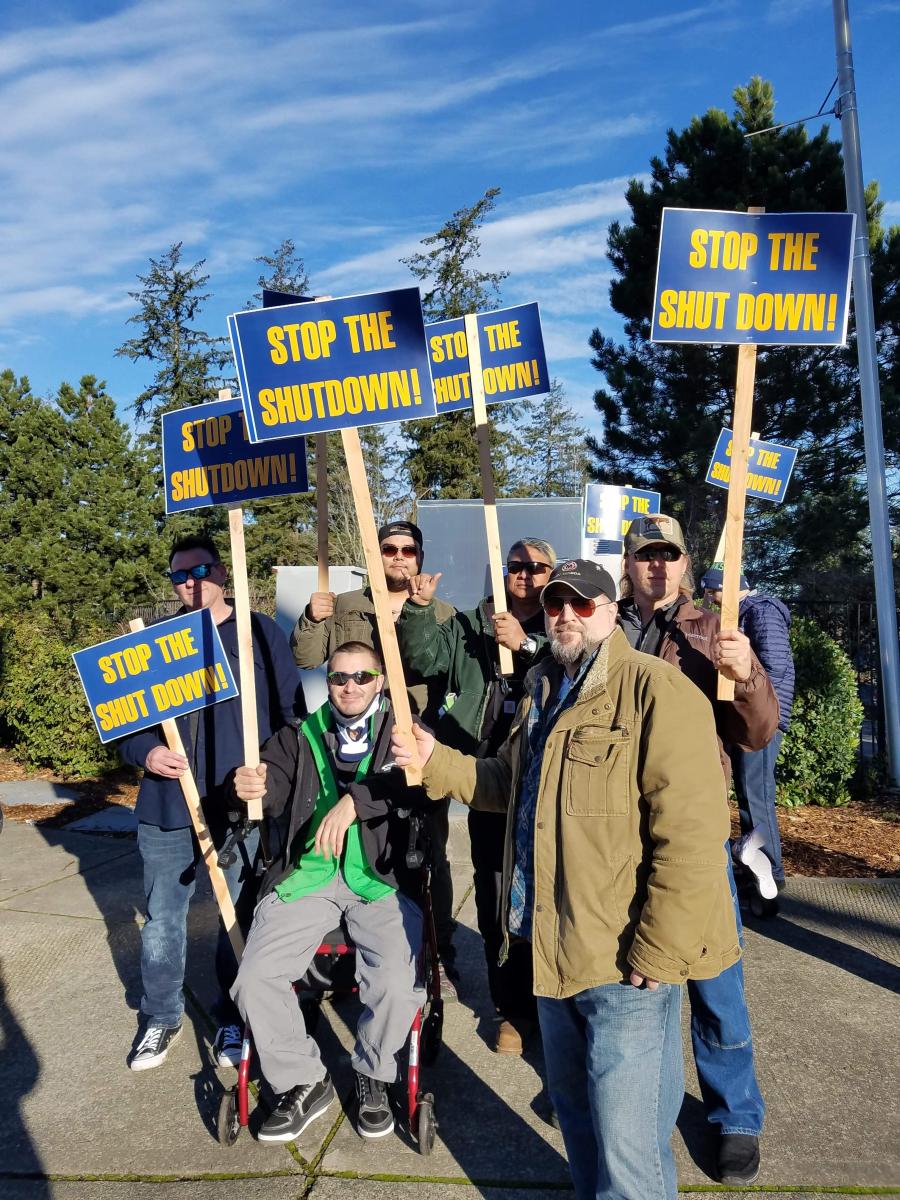 Check in with the Maritime Trades Department, AFL-CIO

The SUP is also a member of the 33 Unions that make up the Transportation Trades Department of the AFL-CIO. The TTD is also a bold voice for all transportation labor. It routinely advocates on behalf of workers in Washington DC, taking on the full portfolio of labor's transporation agenda including the Jones Act, the Maritime Security Program and cargo preference.

The Great Seal of the Union 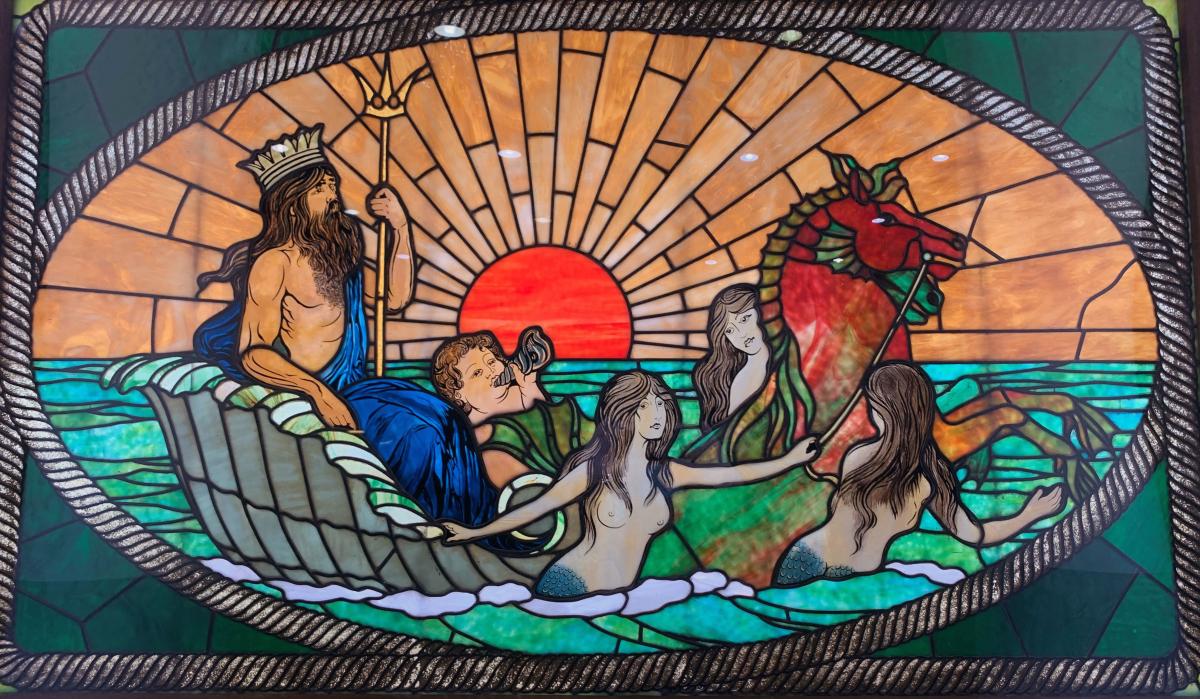 "Carry this Strike Card on your person with your Union Card and show when demanded, and while you have it on you go to no place where you would not show it with pride, and do nothing to put on the Stain of Dishonor. When the strike is over the Secretary will endorse upon this card the fact (if true) that you have assisted in saving the Union. And then when sailors are free enough to (word illegible) to marry and have children this will be your certificate of honor to them.

This strike was ordered to SAVE THE UNION, to enforce your rights as free men, as Americans, as haters of slavery. Never give it up until ordered by the Union. Never yield a single inch. Remember that BUCHANAN of Colorado called you the 'Lookout of the American Labor Movement,' the backbone of organized Labor on the Pacific Coast. Remember your glorious history and die in the streets of San Francisco of starvation before you think of yielding.

And remember that if we have to beg the public of San Francisco for food, then I will be the first man to go from house to house for dry bread to keep life in our bodies while we are fighting for the right of the sailor to resist the bloodmonied infamies of San Francisco. "

-Burnette G. Haskell Chairman, Advisory Committee; Instructions on the back of an 1886 strike card. 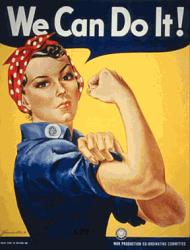 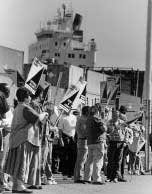 "Since I became Chairman of the Joint Chiefs of Staff, I have come to appreciate first-hand why our merchant marine has long been called the nation's fourth arm of defense.... The American seafarer provides an essential service to the well-being of the nation, as was demonstrated so clearly during operations Desert Shield and Desert Storm."
General Colin Powell, USA
Chairman, Joint Chiefs of Staff Gulf War Sealift 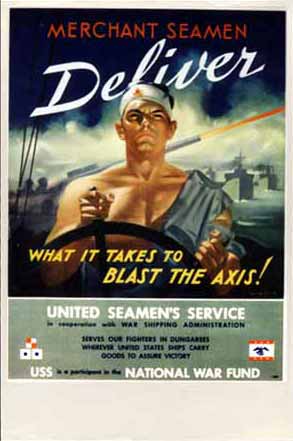